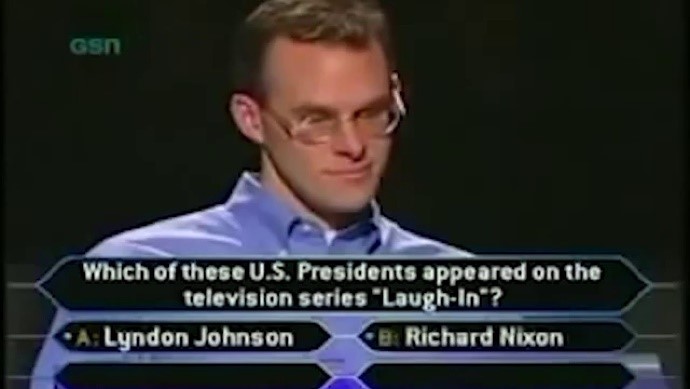 Published 3 years ago by Max Muller.

Laser gaming, karaoke or go-karting: there are tons of things one can do to alleviate the mind from the cerebrally challenging tasks thrown upon the jongTNO'ers at Petten. This time, however, the jongTNO activity was not intended for relaxation. Oh no. Quite to the contrary, this activity was intended to be a soul-grinding, gut-wrenching and mentally exhausting... Pub Quiz!

In order to supply our brains with some extra energy beforehand, we first had dinner at Stadskaffee Laurens in Alkmaar. Afterwards, it was time for the quiz (at the very same place). Following a slightly long wait for the people who occupied the room, we entered the Pub Quiz Arena at 20:45. A few prayers were uttered before three teams of four people were formed: the Developing Nations, the Brexiteers, and the Sleepy Pigs.

A fierce battle along six rounds ensued. There was no laughter, except for some giggles during a question on a famous scientist's "annus mirabilis" of 1905. The quiz master did not understand the remark made in jest. After all, what's funny about Einstein's anus? I suppose humour is a relative concept.

Exactly 60 questions and liters of blood, sweat and tears later, the battle axes were thrown aside and the verdict was proclaimed: with 40 correct answers, the Developing Nations had won the quiz! Coincidentally, all team members received a Tony Chocolonely bar.

The victor had emerged, and peace was restored once again in Alkmaar.

Please note that no jongTNO'ers were harmed during this quiz's proceedings.